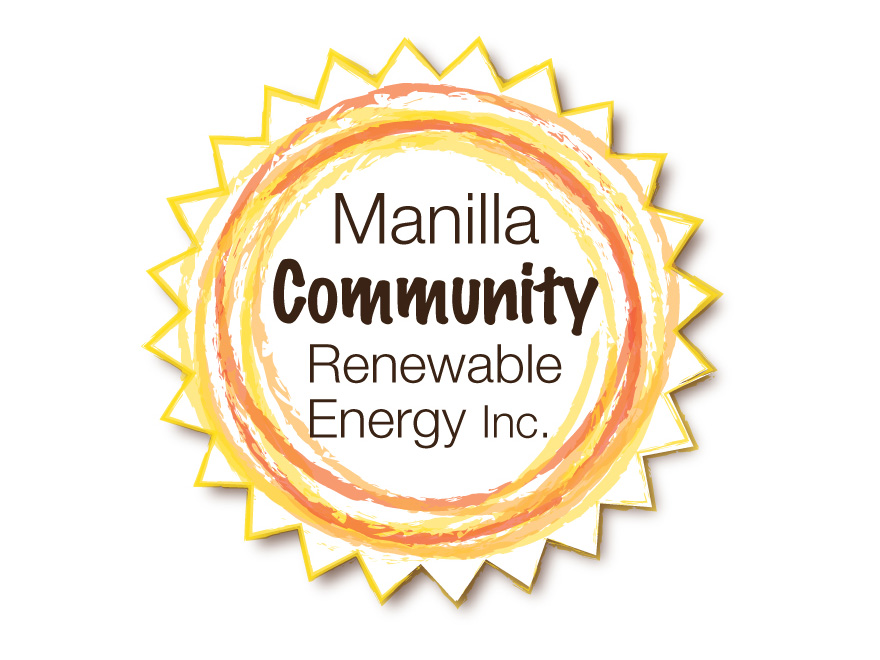 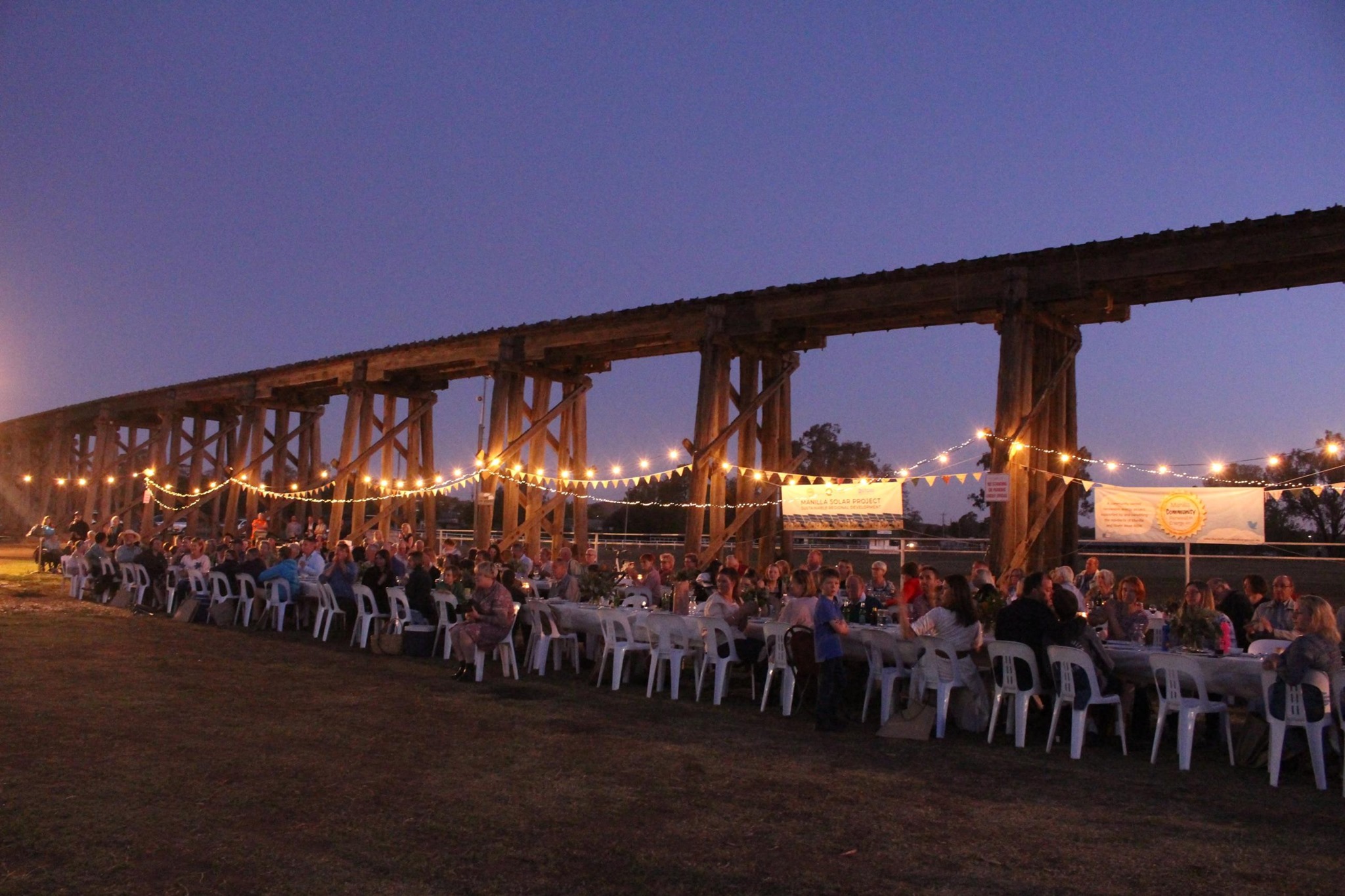 The “Renewable Manilla 100 Mile Night” celebrations on Friday 18th October were a tremendous success. The evening was well attended with over 200 enjoying the delicious three course meal along two long tables under clear skies.

The wonderfully lit Manilla Viaduct made an impressive backdrop for the evening, which marked 20 years of local Landcare, and also informed guests of the prospective Manilla Solar Project.

Entertainment followed with music by Hunter Valley Band “Magpie Diaries” and a stirring rendition of “You’re the Voice” by the Community Choir, complete with bagpipe solo.

The success of the event is attributed to the many volunteers involved, service providers and support from the community in attendance.

Donations raised by the sausage sizzle were in aid of the CWA Drought Relief.

Manilla Community Renewable Energy inc. and Tamworth Regional Landcare Association would like to thank all involved in making the night a success;

Llewellyn Owens and The Providence team

The amazing Phil Spark for his nocturnal nature walk and display

Kevin Mac and A1 hire

It was a magical evening, that couldn’t happen without the generous support of all involved and who attended.

Anyone interested in learning more about The Manilla Solar Project, can attend the next Community Meeting at the Royal Hotel, 6.00- 6.30pm Monday 18th November, or contact MCRE President Emma Stilts, 0407 43 55 85 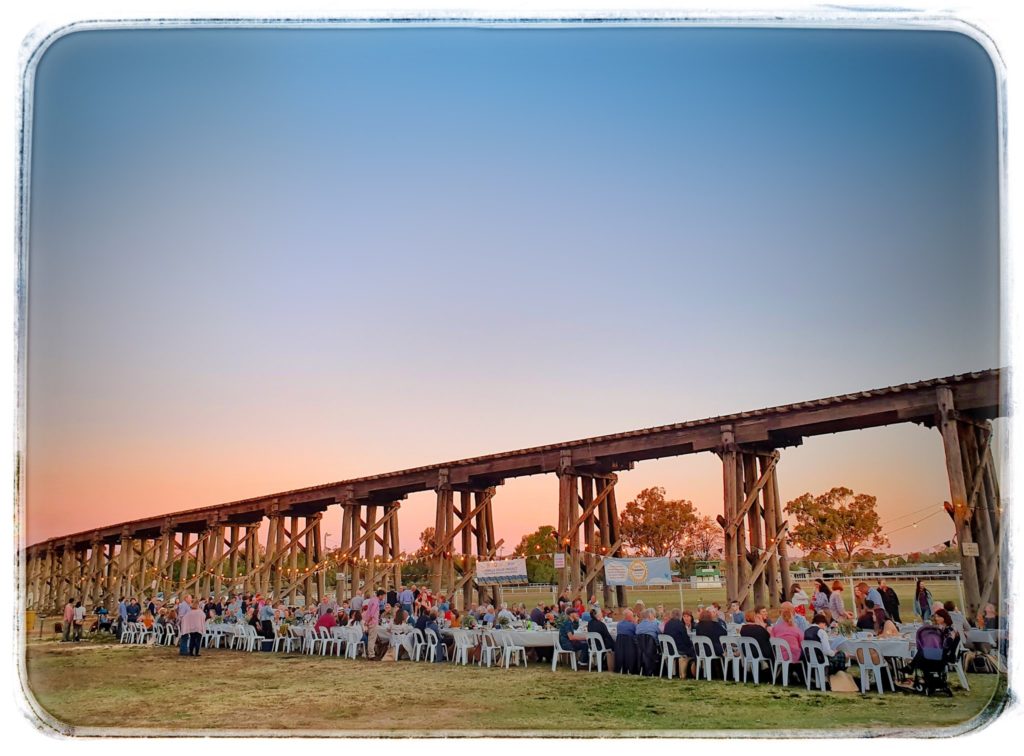 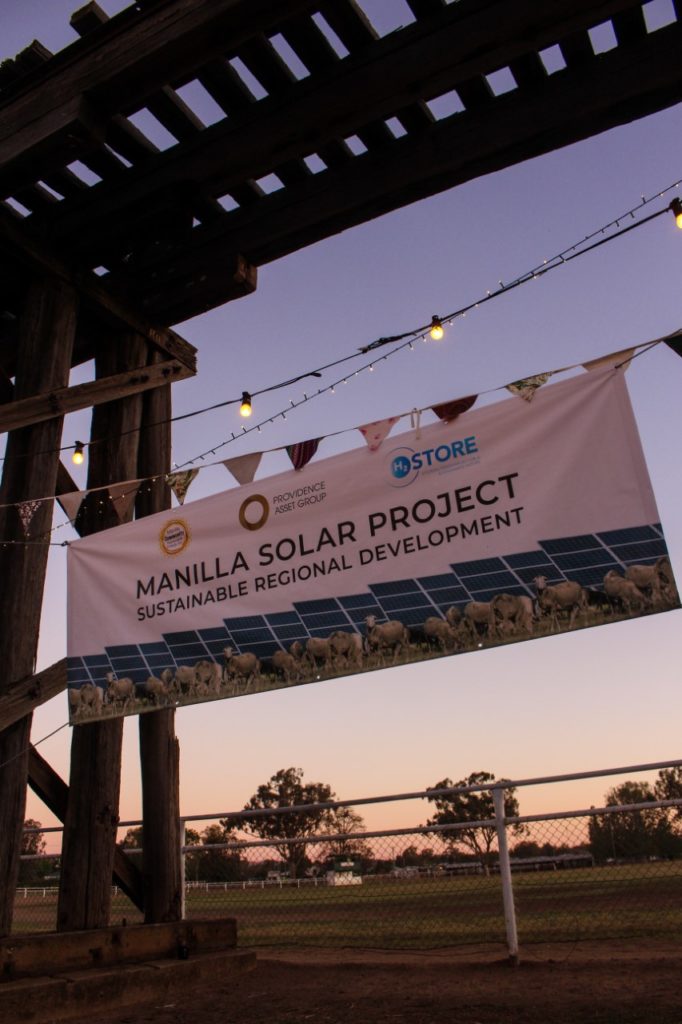 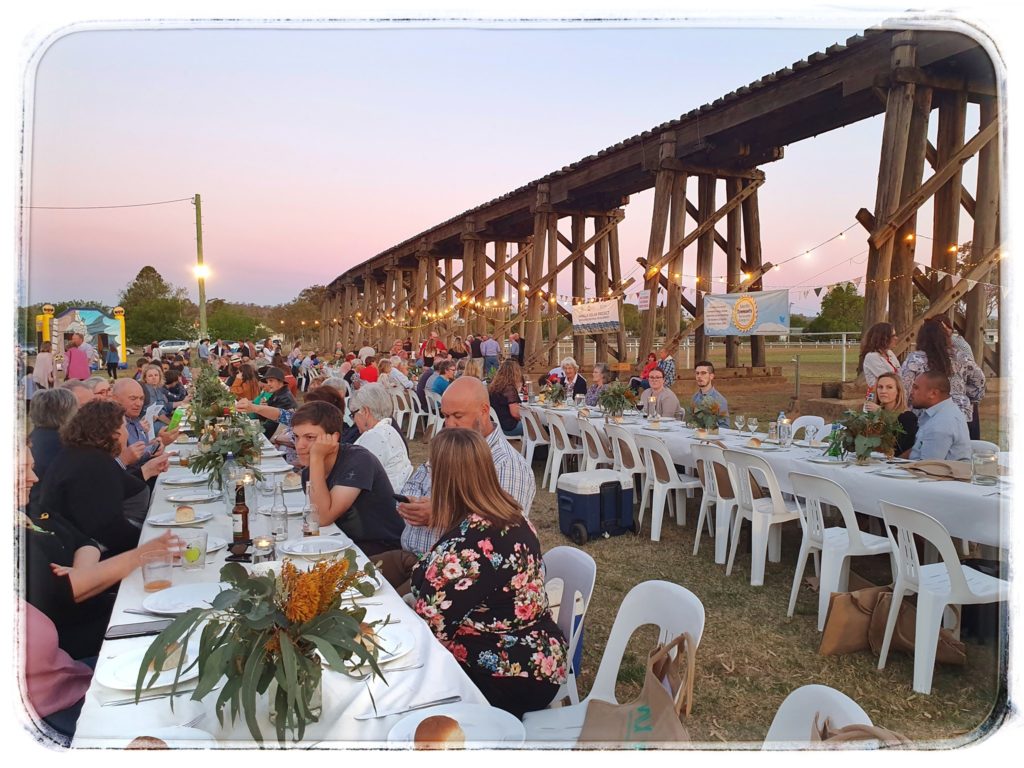 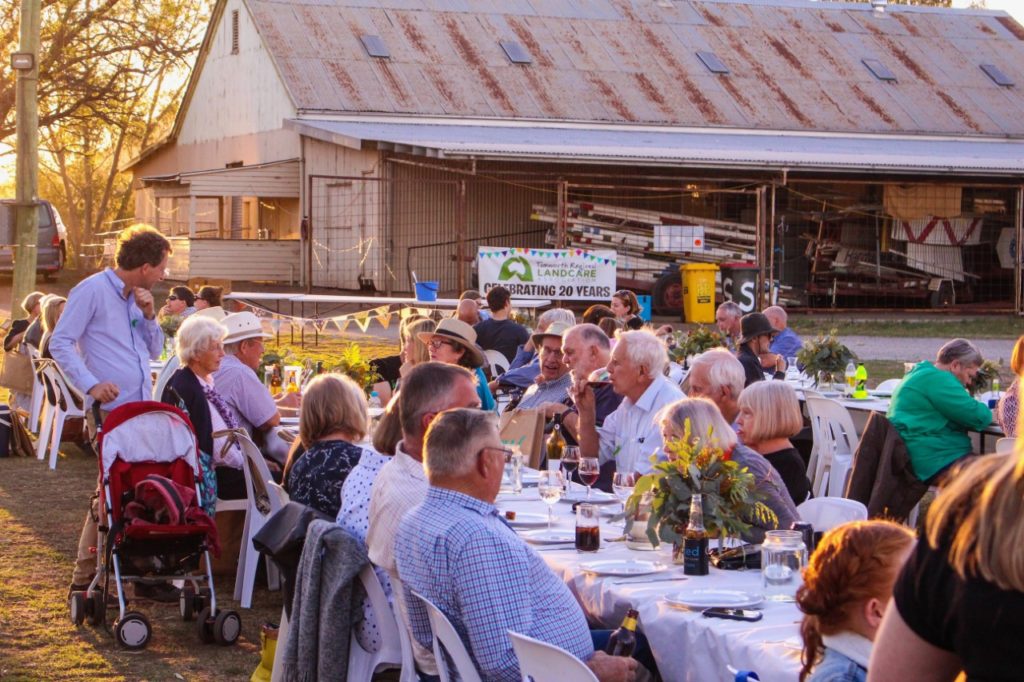 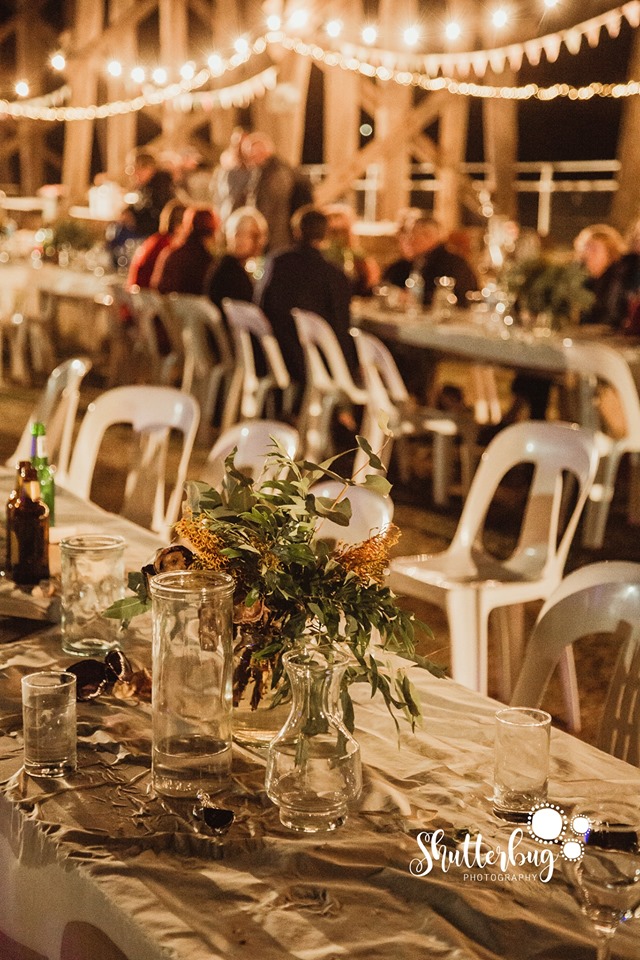 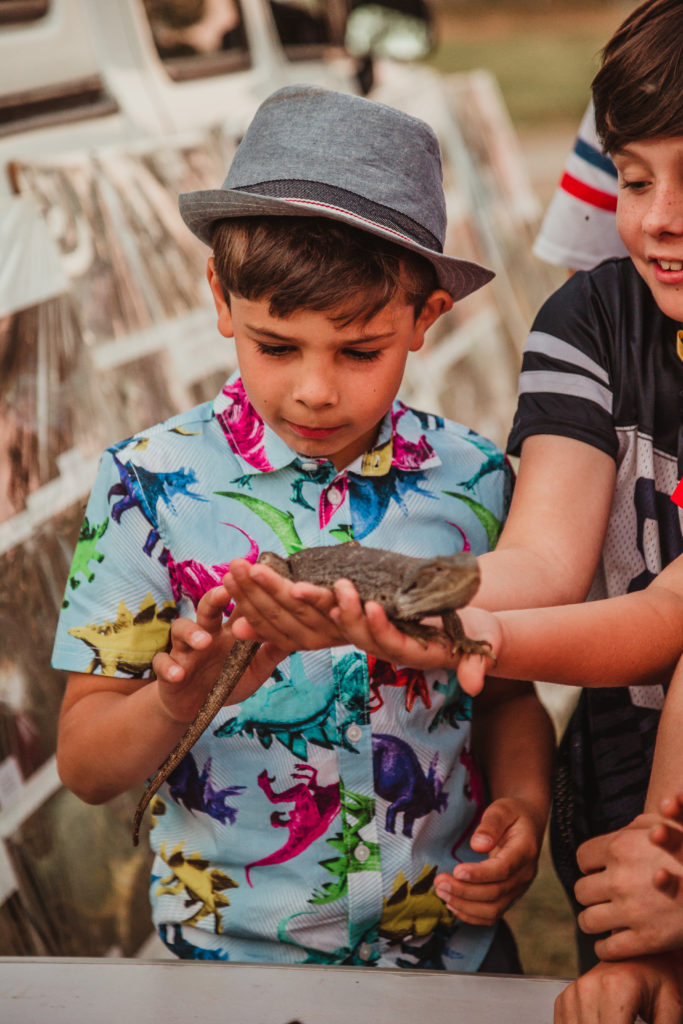 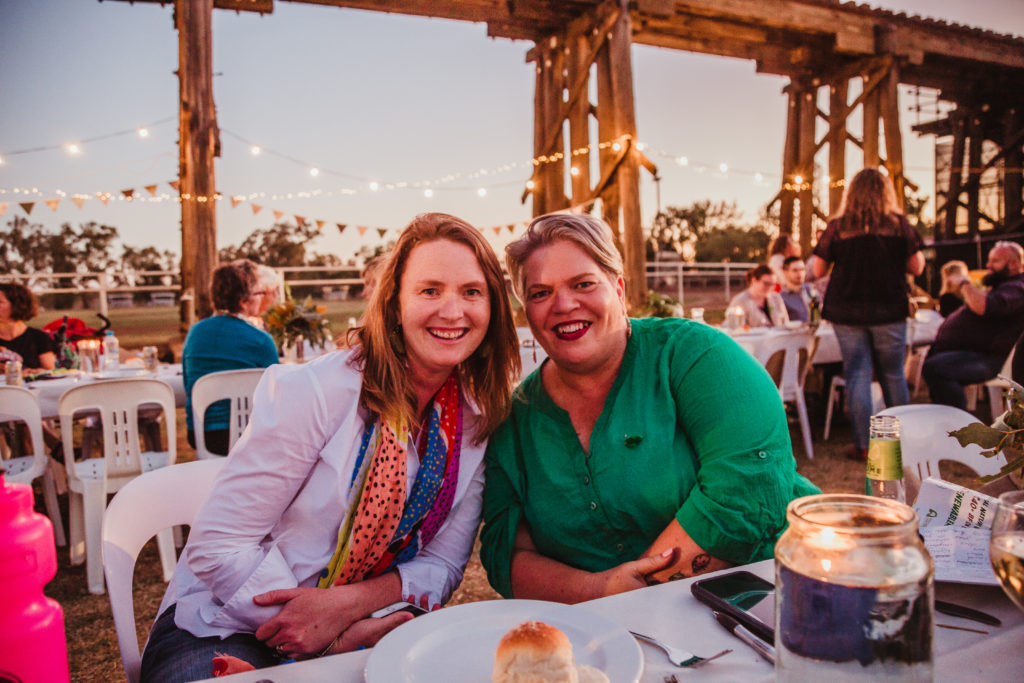 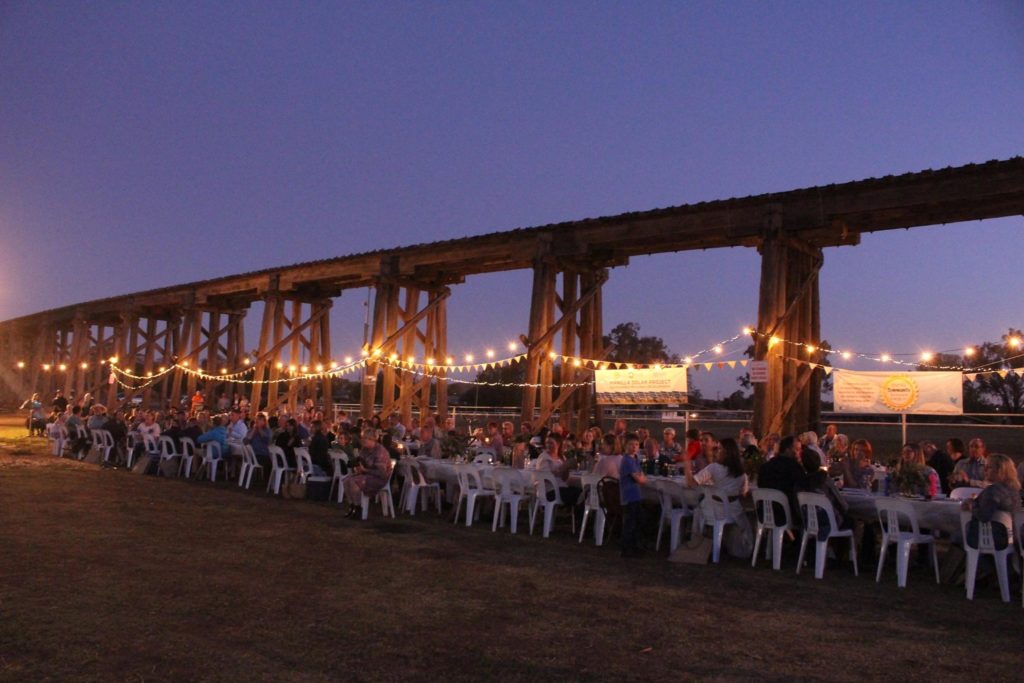 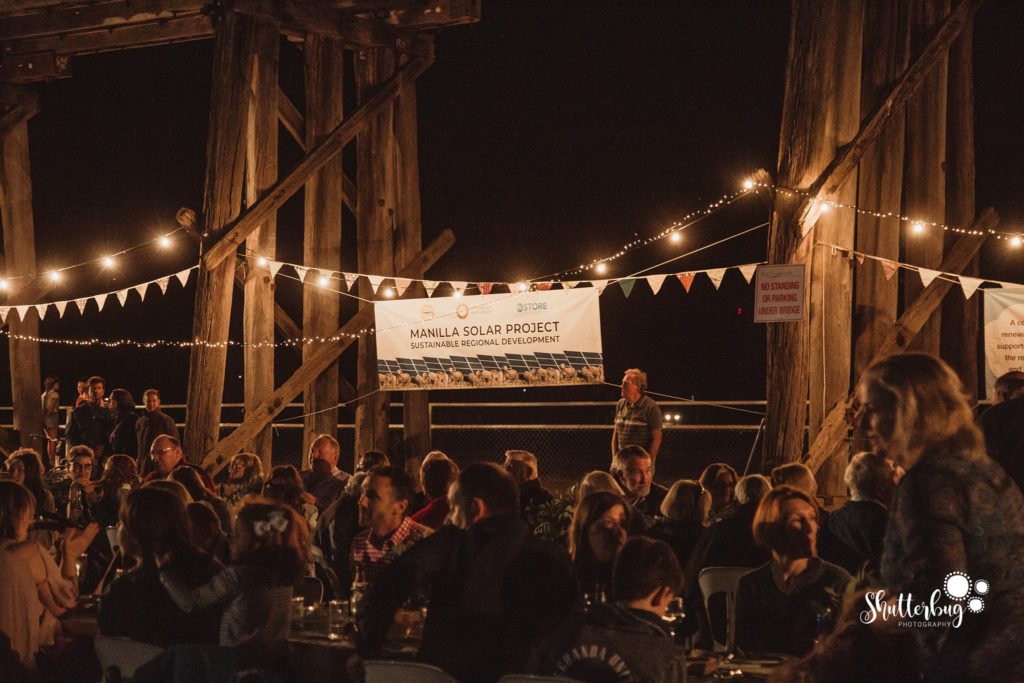